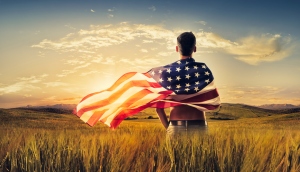 One of the notes that the dog whistle of the Trump political machine hits is rural parochialism and provincialism, a conviction of the inhabitants of the American “heartland” that it is the essential America.

America hardly invented pitchfork-wielding country chauvinism, but it has had a particularly powerful historical current of that kind of know-nothingism, owing to its roots in a medley of dispossessed immigrant political minorities—especially religious minorities. There is ample lore in the heritage to support the popular psychological metaphor of taking a nihilistic wrecking ball to the state. There’s burning the corrupt edifice to the ground, nuking it from orbit, methodically strangling it with “starve the beast” spending legislation, “draining the swamp”—whatever form it takes.

These people don’t want to hear about big city folk and their reputedly elite cosmopolitan problems. No, it is we, on this two-lane road in the middle of southern nowhere, amidst the vestigial shells of Rust Belt industry, in the bucolic crop fields of South Dakota, who are the “real” America! It’s time to take it back! We don’t need no stinking foreigners, we couldn’t give a hoot about “diversity”, and (as was remarked to me recently) come on, show us one legit immigrant from Yemen, we dare you.

As always, the problem is that going full ostrich doesn’t work.

Like it or not, we do live in a highly globalised, interdependent world. Interdependence means complexity, and—to return to thermodynamics, as we all someday do—complexity means fragility. Fragility means that diplomacy and a multilateral approach to human affairs are necessary. Omaha mostly buys Samsung smartphones, too. Banks in Kansas are exposed to the Hong Kong Dollar and the German stock market. There are Caterpillar excavators and Boeing airplanes everywhere, and the manuals are translated into two dozen languages. Ohioans entrust their very lives to talented Japanese embedded software engineers every day, and will again tomorrow and the day after that—isn’t it nice to plug one’s ears and not have to wonder why one’s Honda doesn’t spontaneously explode or run off the road? The working-class enlisted sons of Kentucky are shipped off to places their parents would do well to learn to pronounce. The more economically privileged ones are going to discover a good Jordanian immigrant-owned falafel stand in their college towns.

(My own tech career was launched at a small-town Internet service provider owned by a Syrian Arab and his Pakistani business partner. But everyone knows devout Muslims don’t create jobs in Murrica.)

I know a lot of people who would prefer not to venture beyond the county line and like their intellectual preoccupations as they like their beer—domestic. To you I say:

Moreover, without the Coastal Mind Control Elites, this iconic heartland would have neither the government subsidies on which it extensively relies, nor markets for its products. I won’t patronise you with one of the many charts showing the geographic distribution of net inflows and outflows of federal dollars and the rural-urban trade balance. Y’all are actually pretty good at Google when there’s pervasive liberal bias and insidious Soros funding to be unearthed on the Internet, or some  Breitbart screed in need of scholarly citation.

Big conurbations concentrate economic opportunities and institutions. You don’t have to live in them if you don’t want to, and you don’t have to take part in the so-called Knowledge Work economy, but you can’t just give it all a sociopolitical middle finger and pretend that they, their denizens, or the larger world don’t exist. You guys just want to rap about how you’re screwed by globalisation and immigration, drop the mic, and leave hard problems of making the world turn ignored and unsolved. It’s facile, it’s petulant, and it makes you sound like an overgrown toddler

If that’s how it’s going to be, fine, but could you at least let the overedumacated, book-learned cityfolk do their jobs instead of sticking them with a reality TV demagogue and his diabolical alt-right posse?

1 This is precisely why the [seemingly] intentional deafness of the Libertarian candidates to foreign policy is a non-starter.